Over two years ago, Tesla announced they would begin building a more affordable model to add to its existing line of premium high-priced all electric cars. In late March of 2016, they posted a website where you could put down a (refundable) $1000 deposit to secure your place in line on the waiting list, with expectation it would be approximately two years before the first Model 3’s would roll off the assembly line and into dealerships. My brother Daryl put his name on the reservation list the last day of March 2016, and got his new Tesla Model 3 on April 28 this year. The next day, he and Gisele took a road trip up to Blue Ridge Ranger Station to show it off to us siblings and give us “test drives” if we wanted them.  I drove it up the road about 5 miles and back, and knew instantly that I wanted one of my own.

I came home from the mountains the next day and put my $1000 down on the reservation wait list. At that time, they estimated a 6-9 month wait for my car. I figured if my interest waned over the months, I could just cancel my reservation and get my money back, but if my interest increased, I would be glad to be in line on the waiting list. I told Daryl what I had done, and after his exclamations of surprise and excitement for me, he and I have been sharing text messages with links, updates and information on the Model 3, Tesla Motors, Elon Musk and electric cars in general. I have had several more rides in his car and more opportunity to drive it and experience the EAP (enhanced auto-pilot) on city streets and the freeway. Each time, I’ve been more convinced this is the car of the future and is exactly what I want in my garage.

I understand not everyone is onboard with electric cars, self driving mode, or the Tesla company, but both of my kids were very excited for me. They all have been pushing me to splurge a little more and not worry so much about saving my nest-egg to leave to them as an inheritance.

Over the past month, deliveries have slowed nearly to a halt in the U.S. and folks have noticed new Model 3’s stockpiling on Tesla factory parking lots. Speculation has been strong that Tesla was nearing 200,000 cars sold, which will trigger the federal government tapering off and ending the $7500 tax credit program. If Tesla could hold off selling its 200,000th EV until July 1, the full tax credit will be in effect until the end of Q4, and cut in half on January 1, 2019. I have been crossing my fingers that would be the case, and I would get my car in time to take advantage of the full amount.

Yesterday, Tesla suddenly, and without any announcement, opened the configuration website to everyone on the waiting list. Daryl saw it on the Forum and notified me. Since I wasn’t expecting that quite so soon, I gulped … then jumped off the diving board! Yes, I configured my car and put down my (NON-refundable) $2500! My estimated delivery window is Sept-Nov 2018.

My car will be almost exactly like Daryl’s configuration except I chose white (to his silver) and I pre-paid for the FSD (full self driving). FSD is not implemented yet, and not yet legal, but the car is physically built for it and it can be enabled through software updates in the future. It is $3000 if you pay for it when ordering, but the price jumps to $5000 to add it in the future. That’s an increase from the contract Daryl is under, as he will only pay $4000 for after-purchase add-on.

Now, I wait. My excitement and anticipation is coupled with anxiety that I may not get it in time for the full tax benefit. But I’m nearly assured I will get at least the $3750 credit. Meanwhile, I’ve become obsessed with following Elon Musk on Twitter (he’s an “interesting” fellow) and the Forums with owner chatter about personal experiences. No one (that I’ve seen) who has gotten their car has been sorry; the overwhelming majority are even more impressed afterwards. Daryl states that’s his experience as well. Can’t wait!! 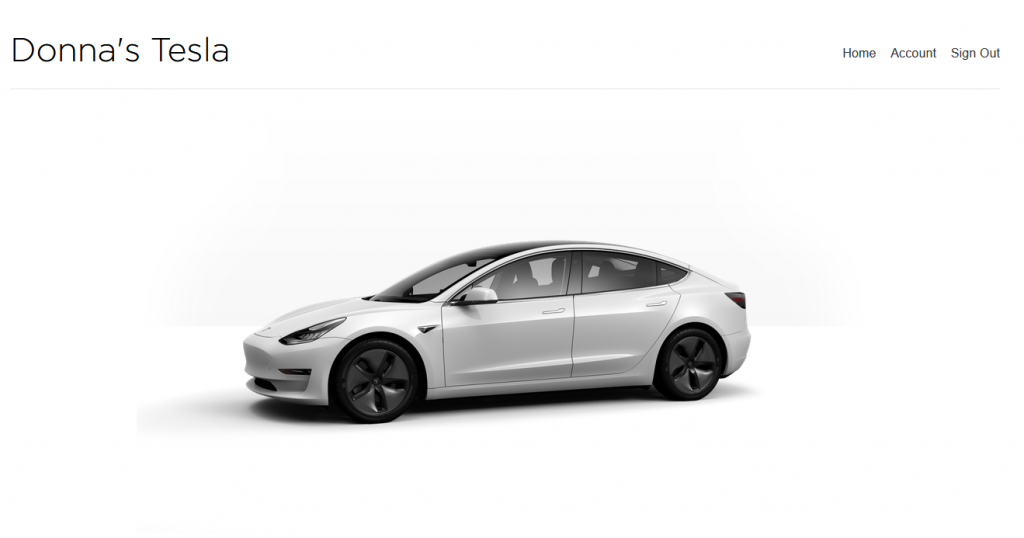